×
Events Directory Store Promotions About Contact Faq
EVENTS
Publika Sessions #7
...and the Publika Sessions is back but this time as a once a month 4-act affair! With hand picked acts from our roster of over a hundred musicians, be prepared for the best of the best and then some! See y'all at the show on Oct 4 at 7.30pm at The Square, Publika!

Armand Tanzarian is the longtime solo project of composer Derryk, combining dispirate-but-connected genres such as post-rock, emo, shoegazing and math rock to create expansive, progressive music while telling personal stories about depression, lost loves, and finding embers of hope despite having no more reason to. Using a guitar, a loop pedal and occasional woodwinds to build an epic wall of sound, Armand Tanzarian focuses on creating as much chaos and fury as is possible for a solo musician to make while still playing melodic, story-based songs. Follow him: https://www.instagram.com/armandtanzarianmusic/

Imran Halimi bin Zulfaa’ta, a singer-songwriter from Ampang. This 25 years old performer started his singing and performing passion since his school days, this diploma graduate off UiTM Shah Alam is actively seeking opportunities and development in spreading his performance all around the society. With influence by P Ramlee and David Foster, this singer always try to learn and understand the connection with audience through genres, rhythm, melody of music and how they can communicate emotions, communicate people to people, entertaining a heart after heart. Eceh! Follow him: https://www.instagram.com/imranhlm/

With a love for indie, folk, psychedelic and alternative rock, Fabian takes listeners on a journey through the ages with versatility on the pipes and the beat of his the guitar. Heavily influenced by icons such as Damien Rice, Glen Hansard, Radiohead and The Beatles, this self taught singer-songwriter released his seven-track debut album Rocking Chair in 2016. Follow him: https://www.instagram.com/naibafkram/

Jay Ridzwan is a Malaysia born singer-songwriter. Grew up in the 80s and 90’s, he spent most of his time listening to Seattle music with his major influences are Pearl Jam, Soundgarden, Alice in Chains, Nirvana just to name a few. After experiencing playing with quite number of underground bands in the pasts, he currently plays as a frontman and guitarist for Sacred Crow which they have released their first single titled ‘Lady Fraud’ (available on Spotify, Amazon, Tidal & YouTube) in 2016. The band also released their first Malay single and MV called ‘Perlukah Kau Pergi’. Both songs composed by himself. Jay also plays guitar for Zhana during her open mic shows and wrote her second original ‘Leaving You For Good’. Follow him: https://www.instagram.com/jayridzwan/ 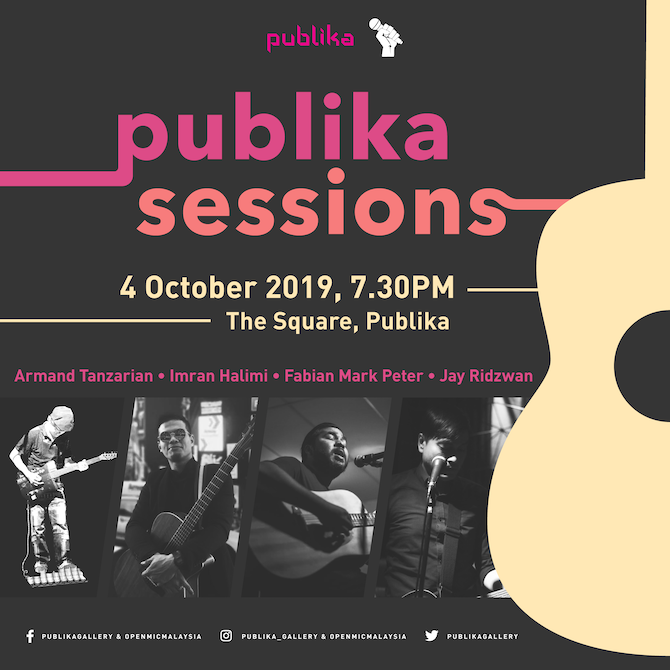